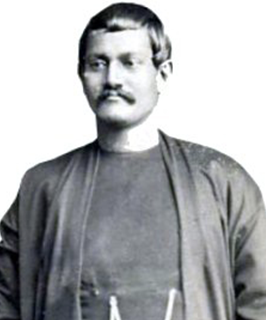 Keshub Chander’s vision of Brahmo Samaj went much beyond the confines of Bengal and Eastern India. He wanted its message to spread all over the country. In early 1864 he travelled to Madras and Bombay. His lectures in these cities were well attended and his eloquent appeals made profound influence on them. It so happens that many young, educated men in different parts of the country had started to question the then prevailing religious practices and social customs. In some places some of them formed groups to practice their rational ideas. The message of the Brahmo Samaj inspired them.

Later that year Keshub started the Pratindhi Sabha (Representative Society). It was started with Debendranath as its President and with a view to bring unity among the various samajes and coordinate their activities, functions that the CCBS is meant for now.

Keshub believed social reforms to be an integral part of Brahmo movement. In this he had the support of the younger progressive members of the samaj. They started reformative action to deal with castism, child marriage, polygamy, inter-caste marriage, widow remarriage, female education etc.

Unfortunately, some of these reform activities were not acceptable to the conservative, traditionalist section of Brahmos while the younger group supported Keshub. This brought a breach between the two groups. Their differences could not be reconciled and the conservative and progressive groups parted company. Keshub and his followers established the “Bharatborshiyo Brahmo Samaj”.

It may be noted that though Debendranath and Keshub parted from one another, their love and admiration for one another at personal and spiritual levels remained unimpaired to the very last.

Rammohun had conceived of Brahmo Samaj for the practice of a universal religion – based on monotheism which is at the core of Vedic Hinduism as well as that of Islam and Christianity.

Debendranath kept Rammohun’s religious principles unchanged, but there was no place for Islam or Christianity in his thought process. Keshub Chander not only brought back the idea of universality in Brahmo Dharma, but he also gave it a wider form.

A motto of the new samaj embodying its wider ideal was composed in Sanskrit by Pandit Gaurgovinda Roy which roughly translates as follows: “The wide universe is the holy temple of God; he pure heart is the shrine for pilgrimage; truth is the scripture everlasting; faith is the root of religion; love is the supreme spiritual culture; self-sacrifice is the true renunciation; – so declare the Brahmos”.

Rammohun introduced in Brahmo Samaj the worship of the one without a second. Debendranath taught us to worship Him as the soul of our soul. It was Keshub who brought in the concept of obedience of Divine will in Brahmo Dharma. He brought devotional fervour and enthusiasm into the Brahmo samaj and transformed the religion of the intellect, which Brahmoism before his time was, into a religion of the heart and soul.

Keshub had said in a tract in 1861: “It is our duty to kiss and love truth wherever we can find it”.

Soon after foundation of Bharatborshyo Brahmo Samaj an anthology of sayings culled from various scriptures was published under the title ‘Shloka Sangraha’. Selection of texts from different religions was carried out by eminent members of the samaj. Selection of Hindu slokas was done by Pandit Gaurgovinda Roy and Sadhu Aghornath Gupta, verses from Jewish scriptures by Pratap Chandra Majumdar, from Koran by Amritalal Basu, from the Bible by Mahendralal Basu and from the parsee scripture Avesta by Kashub Chander himself.

Keshub continued with vigour and dedication the tasks he had set for himself. He sent educated and trained missionaries all over the country and he himself travelled delivering lectures and interacting with people, thus spreading the teachings of Brahmo faith. The results were overwhelming. Within a short time 125 Brahmo Samajes and Brahmo mandirs were established in various provinces of the country. Keshub also carried out various social welfare activities with his characteristic zeal and earnestness. He established the “Indian Reform Association” with the aim of social and moral upliftment of Indians. His contribution in the field of education, upliftment of women and journalism are well documented. He urged the government to spread education down to the lowest strata of the society and not keep it confined among the elite and the rich. He believed that ignorance and superstition could be removed only with the help of education. He founded a high school called the “Calcutta College”. He also set up a Workers’ School to teach the skills of carpentry, tailoring, clock and watch repairing, printing, lithography and engraving as well as elementary education in Bengali and English. He was particularly concerned with upliftment of women. He established a Female Normal and adult School for education of adult women as well as for training of schoolteachers. A school was also started for young girls. With the students of the Normal School a society called “Bamahitaisini Sabha” was started where they would read articles on women’s welfare and hold discussions. A women’s magazine called “Bamabodhini Patrika” was started in which many of these articles were published.

Views of contributors/authors are personal and The Indian Messenger is not necessarily in agreement with it.