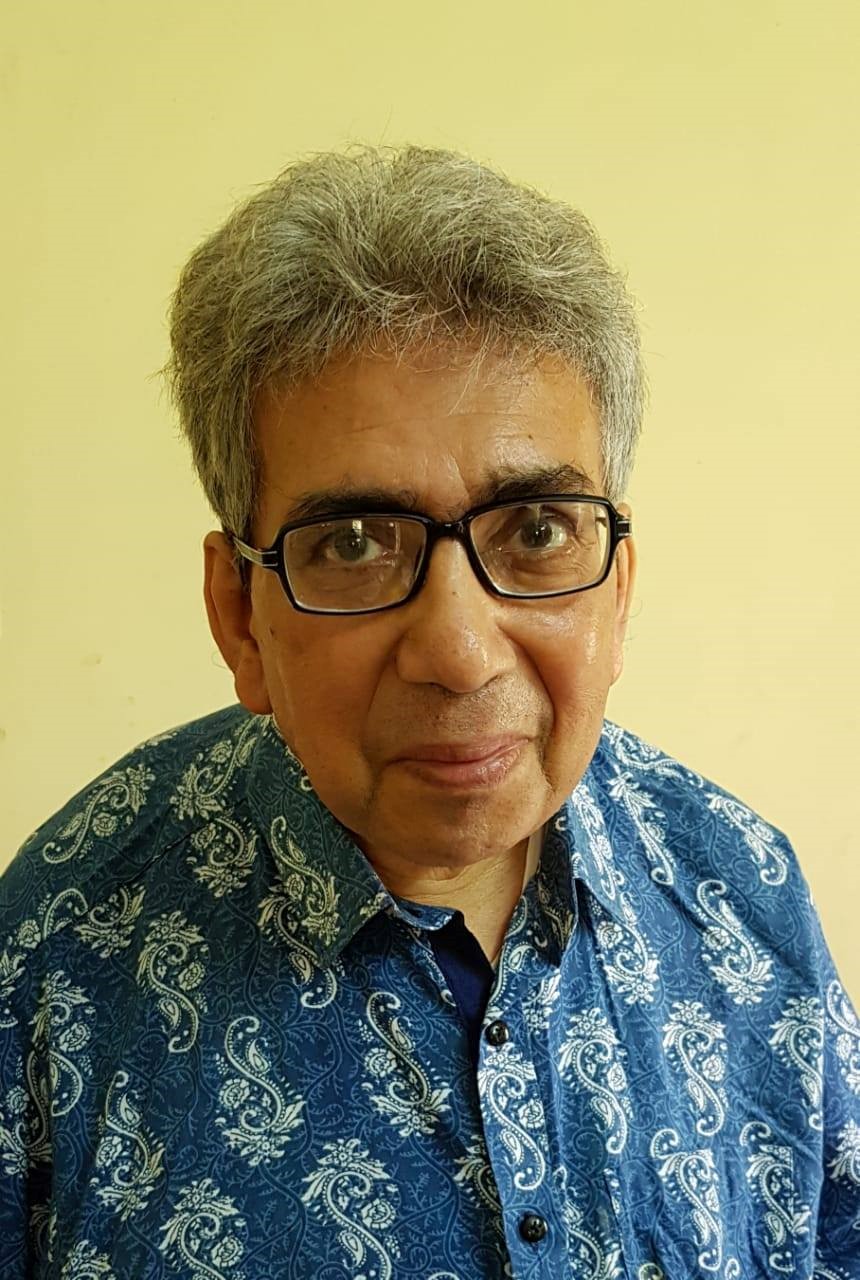 Dr. Gautam Neogi was born on September 9, 1947, to late Shri Sudhangshu Mohan and late Smt. Ranu Neogi. They originally belonged to Tangail, in the district of Maimansing in what is now Bangladesh. His father was employed with the railways. Dr. Gautam Neogi spent his childhood and youth in Calcutta (now Kolkata) where he also pursued his higher studies, specialising in History. He completed his post-graduation and doctoral studies from Jadavpur University with great distinction and earned his Ph.D. in 1984. He started his teaching career in 1970 initially as a lecturer in Taki Government College and then was posted to Darjeeling Government College followed by Kharagpur Government College. He finally joined Raja PeariMohan College in Uttarpara in the year 1987. He superannuated in 2007. As a member of the Senate, Dr. Neogi was associated with the administration of the University of Calcutta.

Dr. Gautam Neogi was an authority in the Social and Cultural history of Bengal.  He was associated with West Bengal History Sangsad, West Bengal History Samity, Indian History Congress and many other organisations related to historical studies. He was associated with the Working Committee of these organisations at different points in time. He has penned a large volume of articles, books and criticism in Bengali. Although he had also written in English, yet his preference lay with Bengali. He had authored text books in history at the behest of reputed publishing houses like Orient Longman and Banerjee Publishers. He entered the world of literature during his school days. In 1976 he was encouraged by Shri Sagarmoy Ghosh to write a book criticism in the ‘Desh’ magazine and then he became a regular contributor for this magazine. Apart from many erudite critiques he had written features and interviews of famous personalities for this popular magazine. He had contributed in the Autumn special annual festival issues of Desh. Dr. Neogi earned a name as a translator and the Works of Shakespeare were translated in Bengali under his editorship and published in five volumes. Later he translated the research papers of many reputed historians. He was adept at editing well known works. He published the ‘Atmacharit’ of Pundit Shivanath Shastri with suitable annotations. This book was published by Shri Pulin Benhari Sen on behalf of Sadharan Brahmo Samaj. The cover was designed by Shri Satyajit Ray.

The topics he covered in his articles and books had a very wide expanse. This is evident from the following list of his books:

Gautam Neogi believed in secularism and universalism. His conscience revolted against narrow-minded religious fundamentalism. This has found expression in many of his writings.

In addition to literature, Gautam Neogi was also associated with journalism. Being associated with Kalantar, he was a regular contributor to this magazine. He was a part of the critique committee till 2018. He regularly contributed to ‘Chaturanga’ ‘Yuva Manash’etc. In addition, the magazines that published his articles included ‘Ananda Bazar Patrika’, Aajkal’, ‘Bartaman’, ‘Ganashakti’, ‘Prabashi’, Jijnasa’, ‘Tatwa Koumudi’, ‘Jayashree’, ‘Udbodhan’, ‘Aneek’, ‘Itihas’, ‘Shubhasree’, ‘Dainik Basumati’,  ‘Pashchimbanga’ and others including comparatively new magazines. His contributions were appreciated irrespective of the political and other leanings of the magazines. He strongly believed in two aspects of writing: he never undermined any magazine, however new and insignificant it was to begin with and he did not confine himself to Calcutta centric organisations but took part wherever efforts were put to take forward Bengali literature.

After superannuation in 2007, Dr. Neogi was associated with Narendrapur Ramkrishna Mission autonomous college as a visiting faculty in order to honour the request of the then Principal of the college. He was also the secretary of Joshi Adhikari Institute of Social Studies.

He was well known for his power of oration. He loved to travel. Whenever he had the opportunity, he went out on tour either with his friends or family. He believed that his address was ‘India’ and hence he was keen to know his motherland by travelling far and wide. When his colleague started a travel magazine in 2001-02, he became associated with that too. His travelogues appeared in the magazine ‘Beranor Gappo’ for ten long years.

Gautam Neogi loved games of football and cricket. He was an epicure and relished good food. He loved his friends. He was a complete, responsible man.

Views of contributors/authors are personal and The Indian Messenger is not necessarily in agreement with it.